The Outlaw's Ransom - The Folville Chronicles, book 1
by Jennifer Ash

When potter’s daughter Mathilda is kidnapped by the notorious Folville brothers as punishment for her father’s debts, she must prove her worth in order to win her freedom. With her life in the hands of the most infamous men in England, Mathilda must win the trust of the Folville’s housekeeper, Sarah, and Robert Folville himself if she has any chance of survival.
Never have the teachings gleaned from the tales of Robyn Hode been so useful… 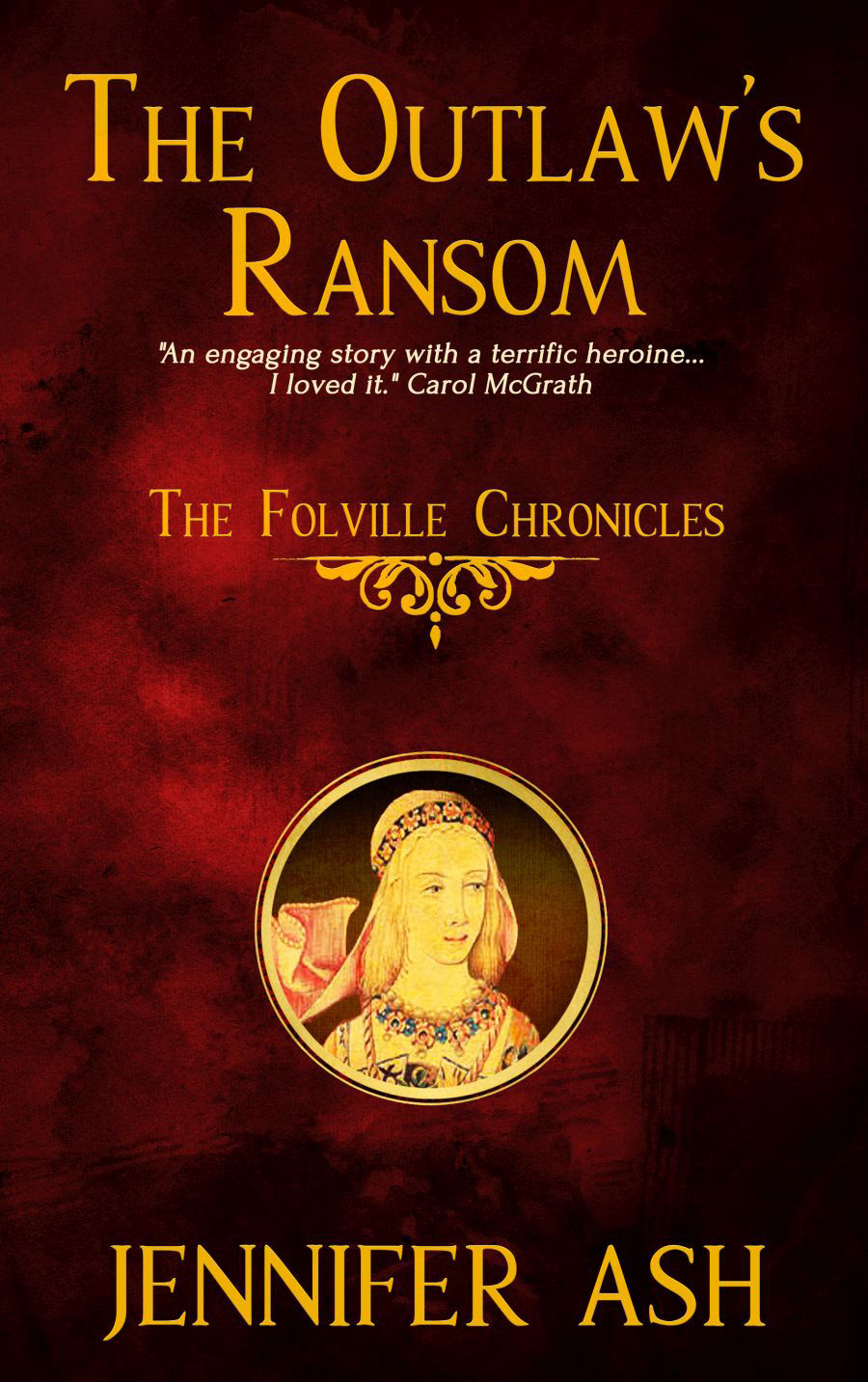 The Winter Outlaw - The Folville Chronicles, book 2
by Jennifer Ash

1329: It is the dead of winter and the notorious Folville brothers are on edge. There are rumours of an unknown outlaw terrorising the Leicestershire countryside. Could this man be Adam Calvin, who is being pursued for a crime he did not commit?
Mathilda of Twyford, newly betrothed to Robert de Folville, believes Adam’s story. But after
an attack on the household’s trusted housekeeper, it falls to Mathilda to work out who can be trusted and who can’t... With the Folvilles’ past about to trip them up, it’s going to take a level head and extreme bravery if Mathilda and Robert are ever going to make it to their Winter Solstice wedding.
The Winter Outlaw is the sequel to The Outlaw’s Ransom. 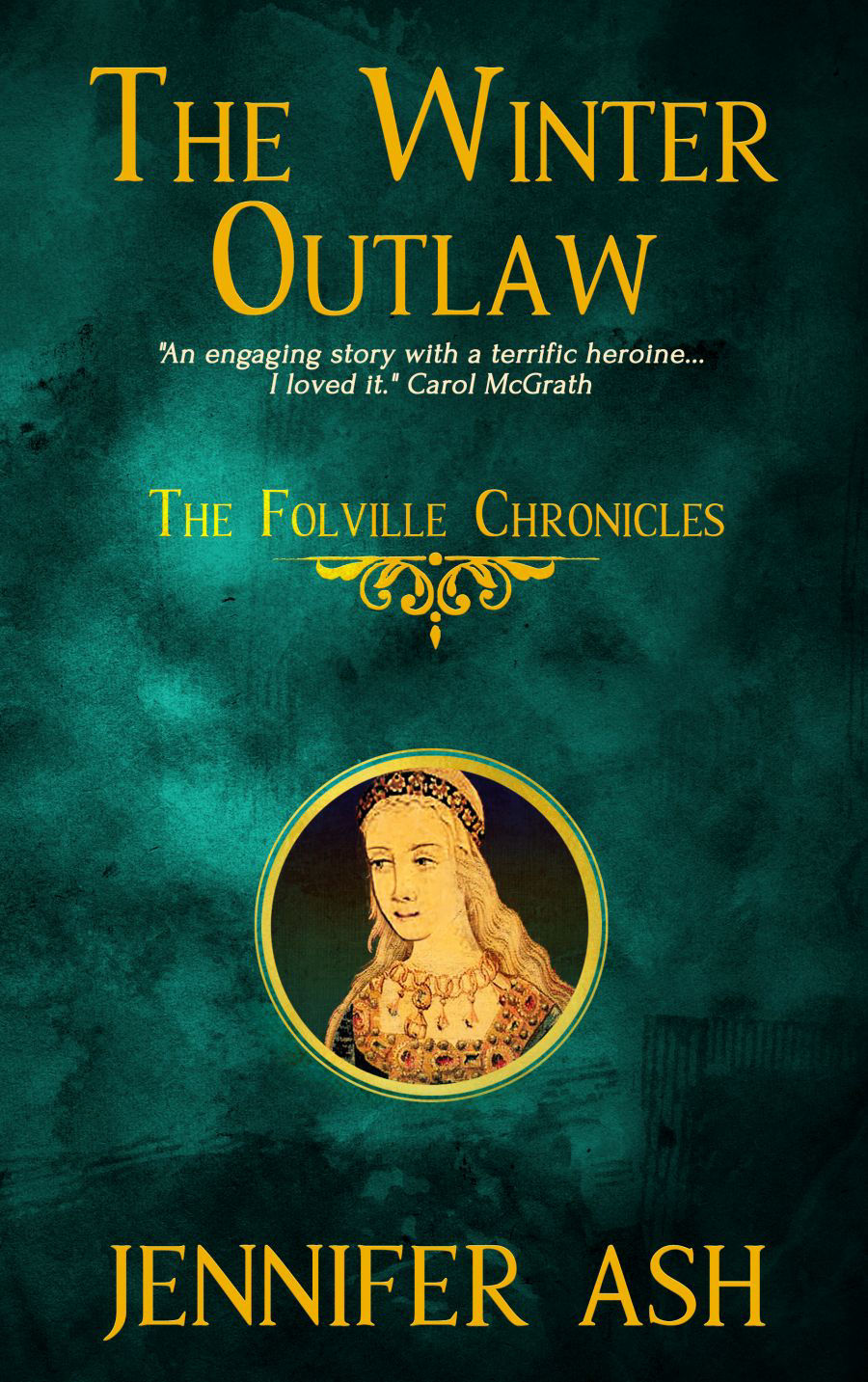 January 1330: King Edward III’s England is awash with the corruption and criminal activity that his mother, Queen Isabella had turned a blind eye to- providing it was to her advantage. Now, having claimed the Crown for his own, Edward is determined to clean up England. Encouraged by his new wife, Philippa of Hainault and her special advisor - a man who knows the noble felons of the countries Midland region very well - King Edward sends a messenger to Roger Wennesley of Melton Mowbray in Leicestershire with orders to work with the county sheriff to arrest five of the Folville brothers…including the newly married Robert de Folville. Robert takes his wife, Mathilda, to Rockingham Castle for her own safety, but no sooner has he left, when a maid is found murdered in the castle’s beautiful guest suite, the Fire Room. The dead girl looks a lot like Mathilda. Was she the target, or is Mathilda de Folville’s life in danger? Asked to investigate by the sheriff in exchange for him deliberately taking his time in the hunt for her husband, Mathilda soon uncovers far more than murder… a web of carefully laid deception which trails from London, to Derbyshire, and beyond…
A captivating adventure for all fans of Robin Hood and medieval romance. 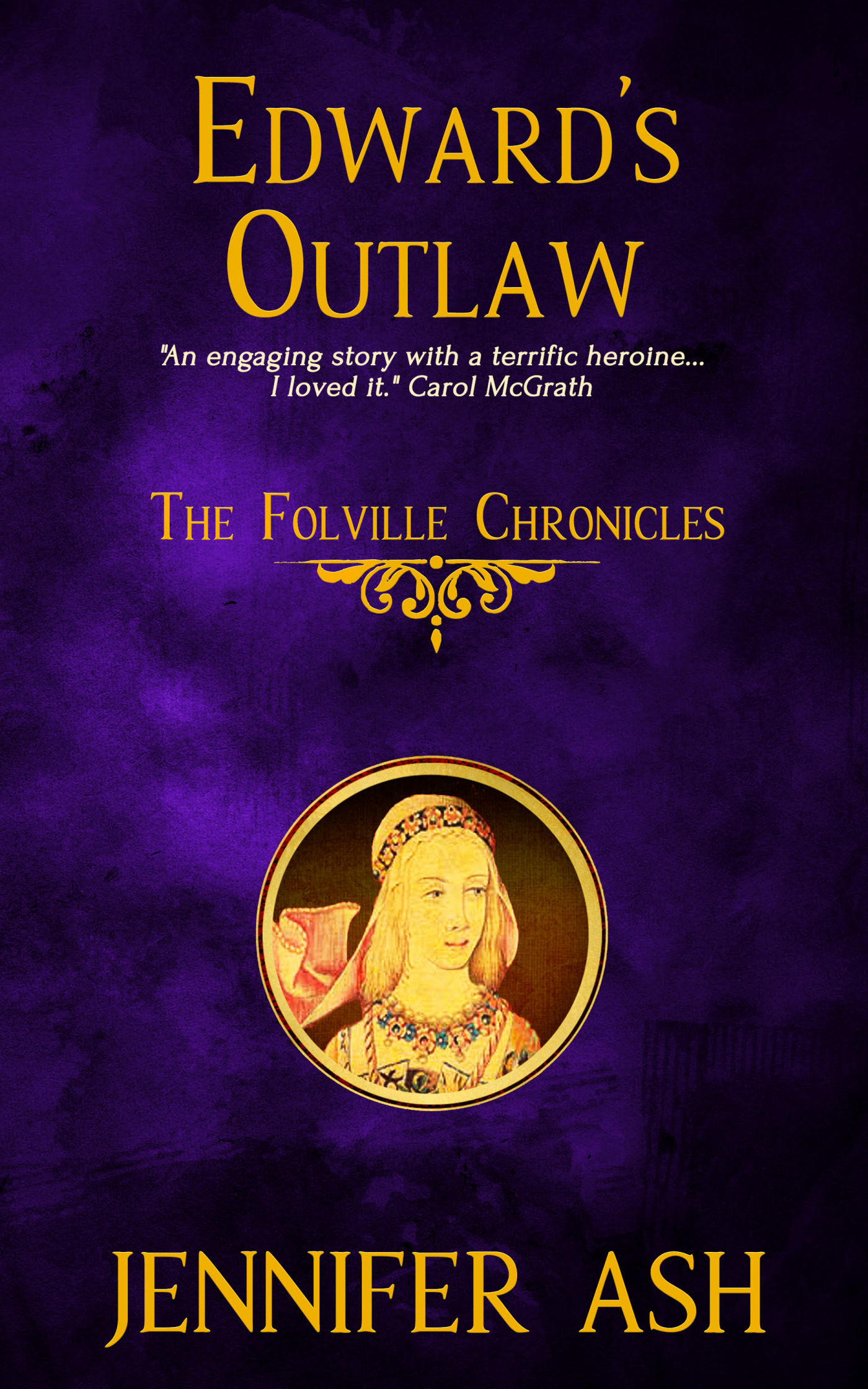 The Unforgotten Ones
by Loreley Amiti

- Coming Soon -
Time Travel Trilogy (Historical & Literary Fiction) - A breathtaking thriller and captivating journey through a young, pulsating Europe.
Helena can change the past. But she's not the only one in the race against fate. 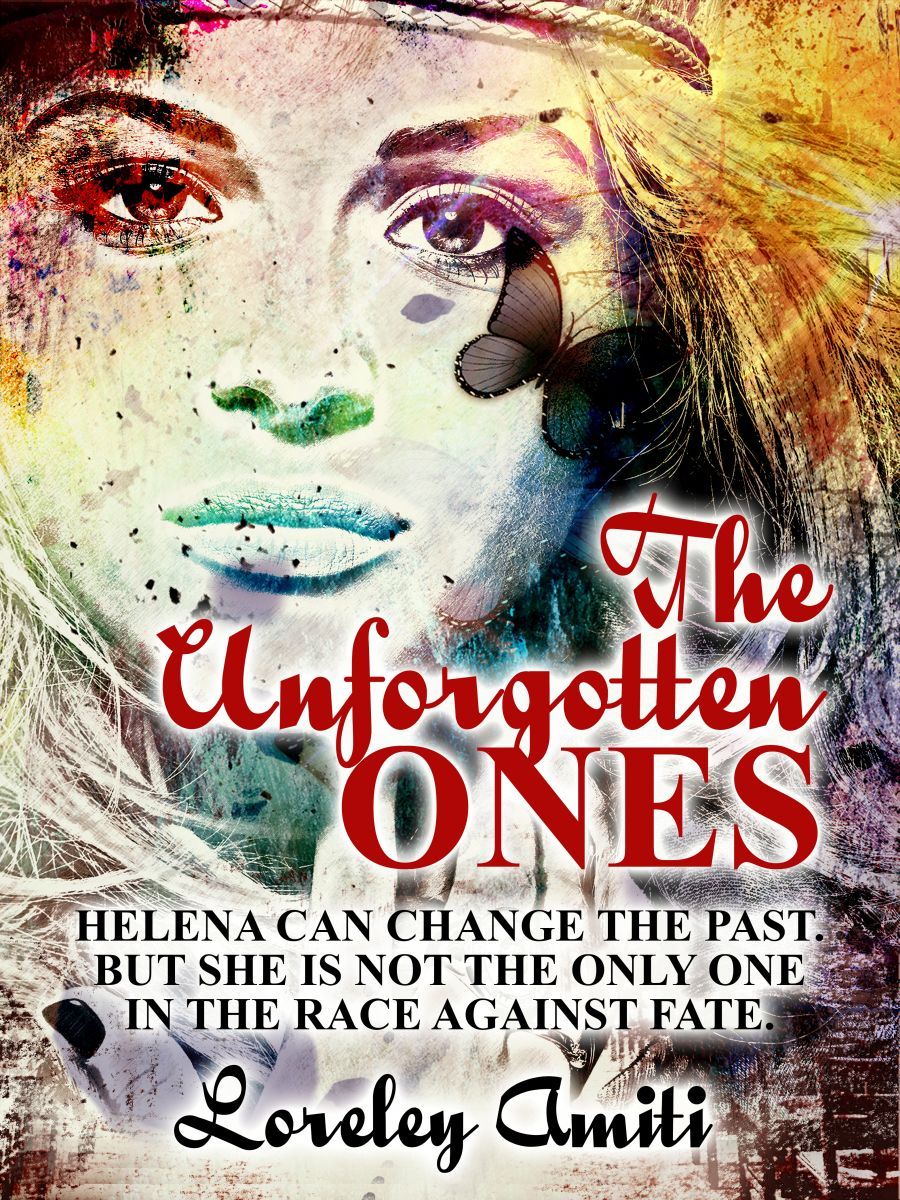 Strangers Within
by Loreley Amiti

- Preview, book 1 -
Recent English and German history at its best.
Federal Republic of Germany, 1984. Helena involuntarily travels through time and her episodes seem to happen more frequently. Only the always optimistic Felix is her rock in all the chaos. When she gets the chance to save a stranger's life in Southern England back in 1952, Felix suddenly disappears without a trace. A feverish race against time begins and suddenly, nothing is the way it seemed. Will she discover the truth behind the tangled strings of fate? 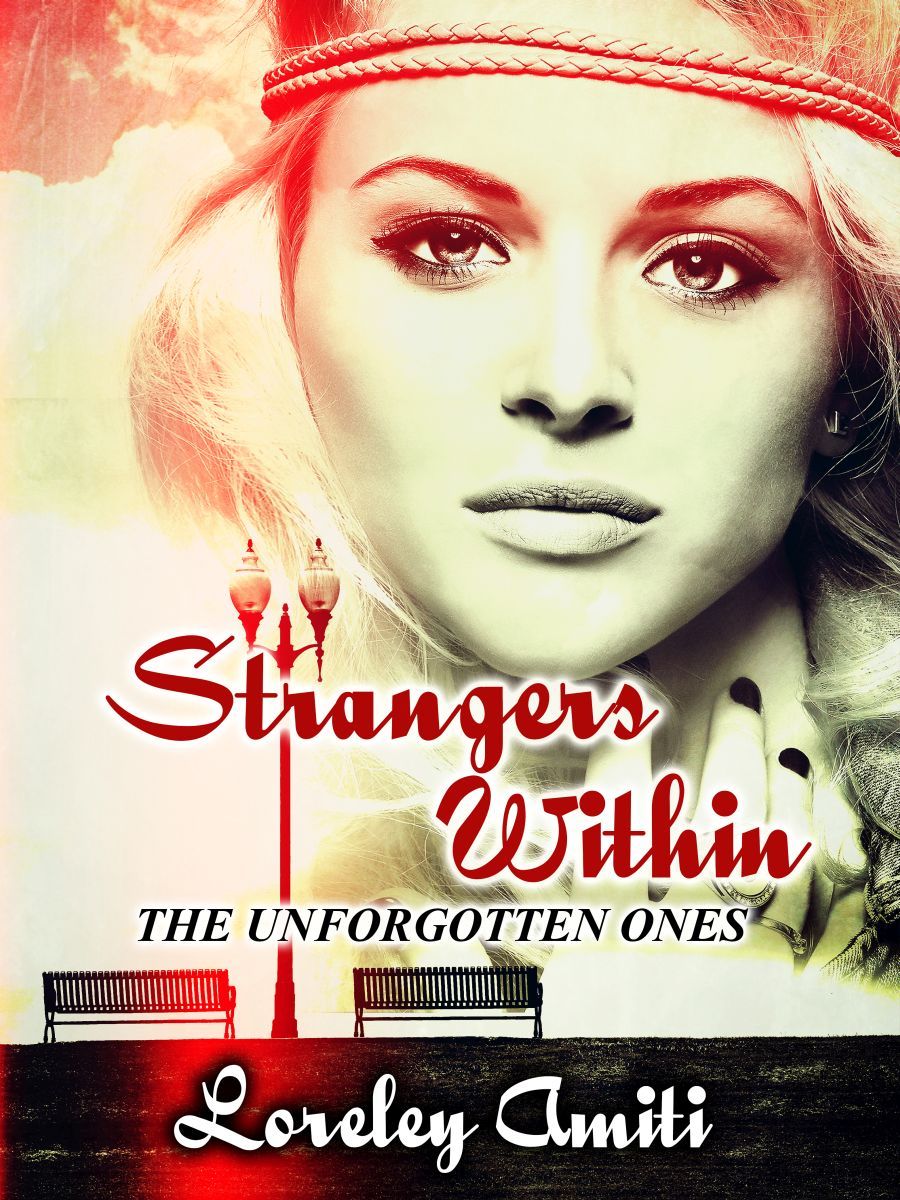